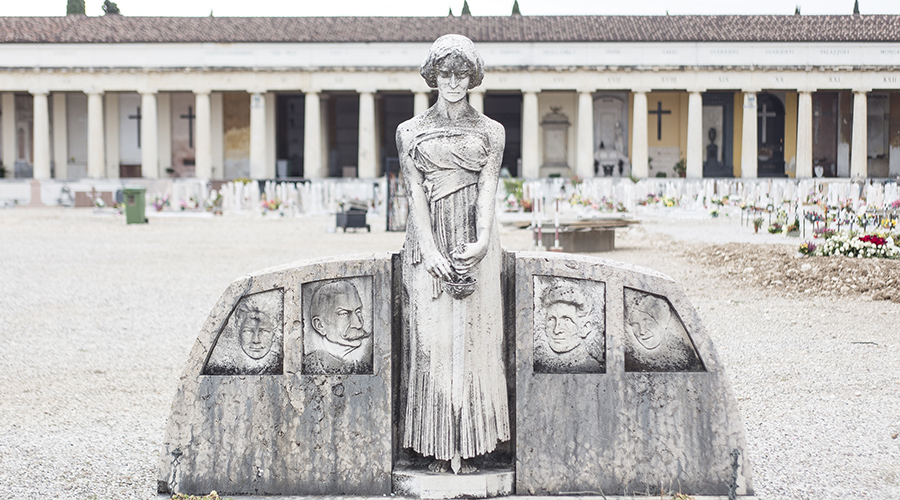 The monument is dedicated to the Tadiello family and is composed of a trapezoidal plaque with rounded profiles and a statue placed in the center. On the pink stone tombstone the faces of four members of the family are carved in bas-relief: on the left a female frontal portrait and a three-quarter male portrait, while on the right two women, both three-quarters, are portrayed. The sculpture that emerges from the center of the tombstone is in white marble and represents a young woman with a sword lowered between her hands and a bent gaze. The female figure is placed in the custody of the sepulcher and the holding weapon is a symbol of the vital force subjugated by death, a theme that is also expressed in the young woman’s resigned attitude.