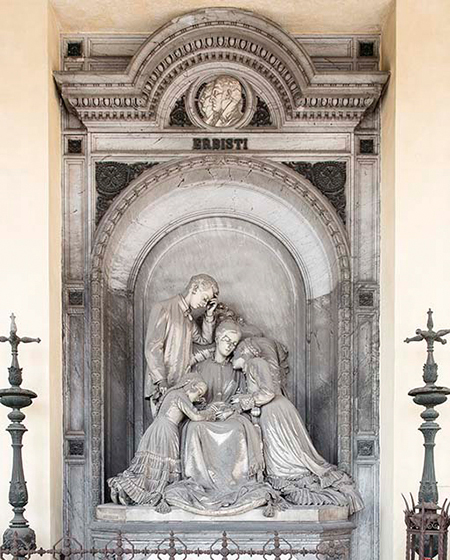 The monument was commissioned by Count Giovanni Erbisti to commemorate his wife Maria Smania, represented here during the illness together with her three children. The composition, a symbol of the tenderness of family affections, sees the mother at the center, tried by illness and sitting in an armchair. On his left is his younger daughter who rests her head on her maternal knees, while on her right the eldest daughter approaches her face to that of her mother. The brother, standing behind the armchair, comforts his little sister with one hand and with his other one holds his sad face. The virtuosity of Zannoni in giving shape to sculptural elements such as pillows, laces and lace was judged, at the time, excessively affected.