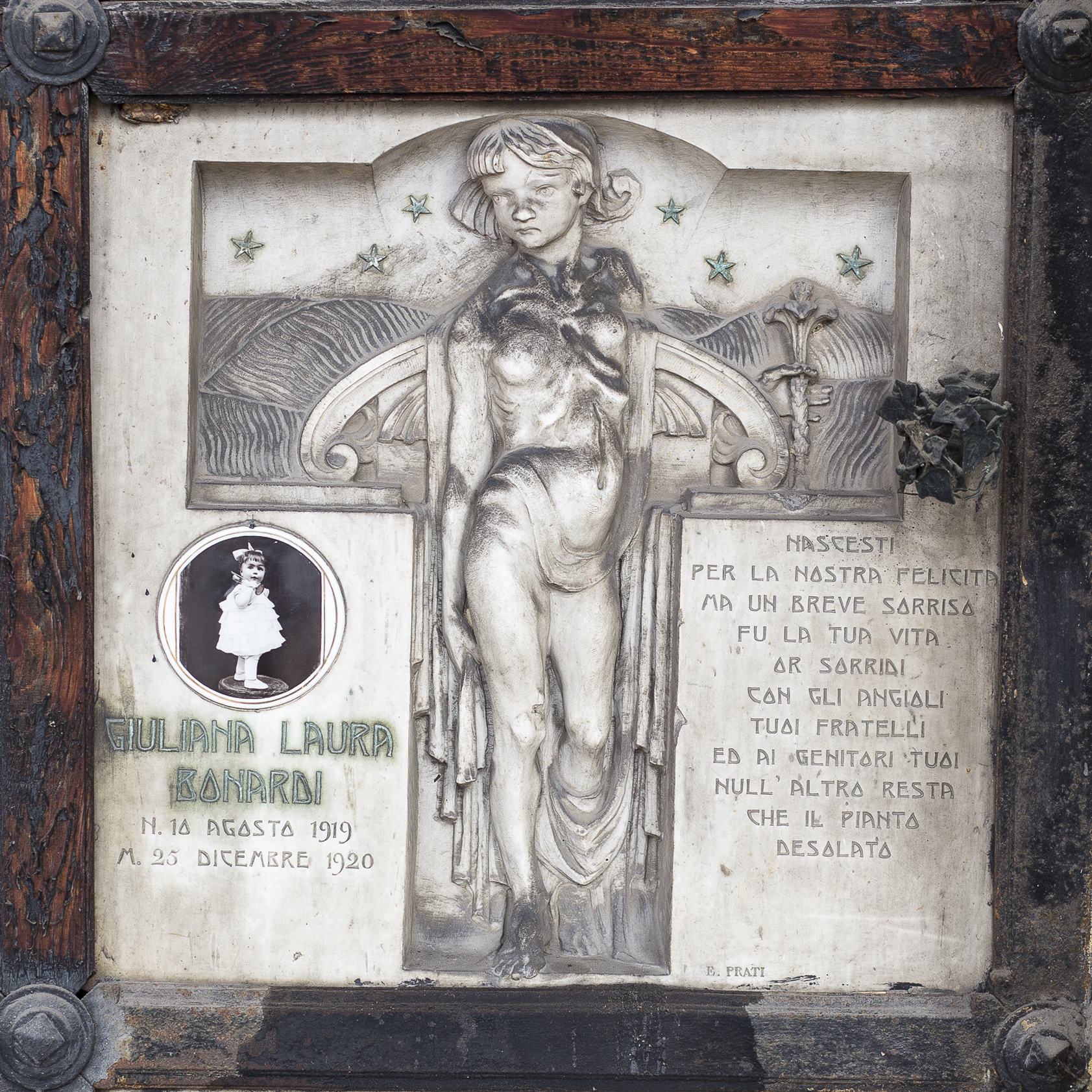 The dedicated plaque Giuliana Laura Bonardi, who died on December 25, 1920 at just 14 months, was made by the sculptor Eugenio Prati.
At the center of the work is Giuliana, now represented as a teenager: in this way the sculptor wanted to give the little girl a youth that she has never been able to live. In his left hand he holds a lily, an attribute of Saint Anthony, protector of children who according to legend had a gift of the flower as a gift from Jesus at an early age. The plaque reflects the wishes of Giuliana’s parents, who asked the sculptor to portray it graceful and full of life, how they wanted to see it and how it appeared in their dreams.