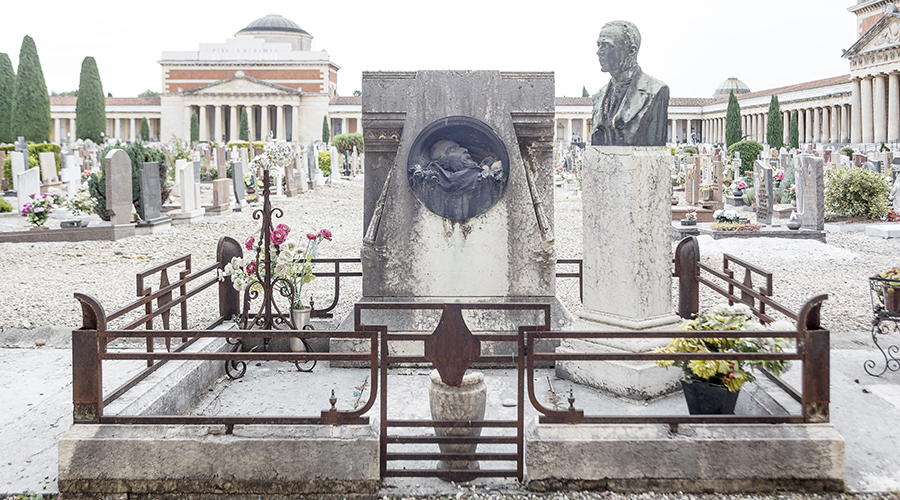 Dedicated to Angelo Lucchini, the monument consists of a marble stele by Romeo Cristani and a bust by Carlo Spazzi. At the center of the stele is a bronze medallion depicting Angelo Lucchini in profile on his deathbed. The bust, also in bronze and added later, is a portrait of Umberto Lonardi, commissioned by his sister Norma as stated in the inscription. The monument is completed by a wrought-iron fence along the outer perimeter.